This page is intended to help with creating and editing your map for a private dedicated server or rented server. Editing the map will allow you to create new islands, discovery zones, ship routes, server templates, and more on your private server.

Any edits made to existing islands with buildings and people on them may cause unintended problems for those characters and structures. There is also no UNDO button so make sure to save often and backup revisions.

To create your own custom map, download the official server grid editor files from GitHub and extract the downloaded zip file. 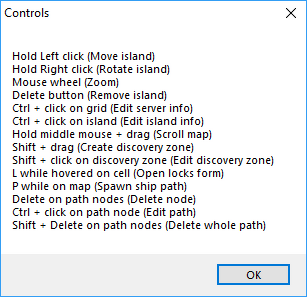 (Note: Any options on during image export will be visible on the player map.)

The server grid will be laid out in the following order:

0,0 Will be your default home server, consisting of 4 Freeport starter islands (North, South, East, and West). 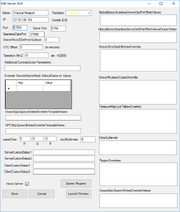 CTRL+click on a cell(in an open area). 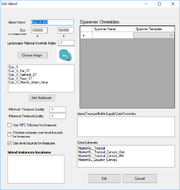 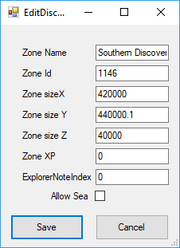 NOTE: Ensure Show Ship Paths toggle has been turned on

Once you have the map edited as desired you need to save and export the Map .json file, as well as the MapImg and CellImg files. Reminder to toggle any items you do not want visible on the player map.